WHAT IS A BOND?

When the government wants money, they issue bonds, it is a type of loan which you lend to the government and in return, you get fixed interest rates.

Face value – it is the amount of which the bond is issued.

The interest rate or coupon rate – it is the rate of interest is going to you on quarterly, semi annually or annually basis.

WHAT ARE BOND YIELDS?

The amount of return you get after the maturity is called as bond yields.

Let’s understand with an example.

Saif buys a bond of face value 100 rupees with a maturity term of 10 years with an annual interest rate of 7 ℅.

After 10 years of maturity, Saif gets his face value of 100 rupees.

In this example, he is getting a bond yield of 7℅.

There is a bond with a maturity of 10 years which was issued 3 years ago with a face value of 100 rupees and an interest rate of 7℅.

There is also a newly issued bond which is giving 8℅ interest rate with same specifications.

Saif wants to buy a bond, which bond will he choose 8℅ or 7℅? Obviously 8℅ one.

So in this case, the price of the older bond which was 100 rupees goes down to 98 rupees.

But the person is getting 100 rupees after maturity with an annual interest rate of 7℅.

Now it is a good offer, right?

So Saif buys it.

Read: the relationship between bond yields, interest rates and inflation

If there are questions please write in the comments below. 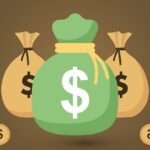 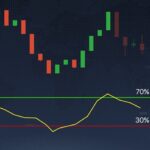 All you need to know about RSI indicator