Have you ever thought, why the government don’t print an unlimited supply of currency in order to overcome poverty? It is such a simple solution, that’s what a lack of knowledge type of people think.

In olden times, gold and silver used to be the mainstream currency, It was a very solid economic system because you can’t make duplicate gold and silver.

Where there is no intrinsic value of fiat currencies.

Some currencies used to be backed by gold to maintain its intrinsic value. But not anymore, to manage the economy flexibly fiat currency is now controlled by the government.

Nowadays you are buying gold with paper currencies.

The reason that government can’t supply unlimited currency is because of inflation.

The price of something goes up and down because of demand and supply.

In simple terms, if the buyers are more, the price will up and if the sellers or supply of products is more than the buyers, the prices go down.

What it has to do with currency?

If people have more money, they will buy more, which will increase the demand.

If there will be an unlimited supply of money then the inflation will touch the sky which is called as hyperinflation.

Because of overprinting of fiat currency, some countries have faced serious hyperinflation. For example, Hyperinflation in Zimbabwe, Germany.

In the age of Mansa Musa, he caused hyperinflation by distributing gold in Egypt generously, he was giving the gold like biscuits and then because almost everyone had gold, hyperinflation emerged in Egypt.

Therefore if there is a large amount of currency regulated either fiat currency or gold without growing the supply of goods and services, hyperinflation can happen.

The overall economy has to do well to increase the money supply. Then only people will become rich without the increase in prices. 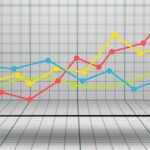 Why interest rates go up and down 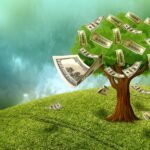 What is bond and bond yield